A weekend in the life of Dwyane Wade

Dwyane Wade of the Miami Heat was a superstar on the move in Las Vegas. The experience was unlike any other for the three-time NBA All-Star.
Unlike his first all-star appearance, which he spent mostly in the giant shadow of his Heat teammate Shaquille O’Neal, tagging along with O’Neal at some of his events in 2005, Wade was busy this time just being Wade.

“He’s handling his own marketing, he’s taking care of his own business,” O’Neal said. “It’s good to watch a young kid grow up. He’s the type if you tell him one time, he does it. You just tell him the do’s and don’ts about all-star and he’s perfect.”

As one of the biggest stars in Vegas, if not the biggest (his 250-by-225-foot image covered 27 floors of Mandalay Bay), Wade balanced time with family, including his pregnant wife, Siohvaughn, who is seven months pregnant, meeting sponsors and promoting personal endorsements as well as mandated league appearances.

“This is the most fun I’ve had in my four years in the league coming to All-Star Weekend,” Wade said. “Vegas put on an unbelievable event. We are all just excited to be here.” #ces2023 was a huge success and we have all of our valued advertisers/ partners to thank. Here’s just a few highlight of clients going BIG #gobig #elitemediainc #OOH #digitaladvertising #buildingwraps #comeadvertisewithus https://t.co/smJEAJTJNT
View on Twitter 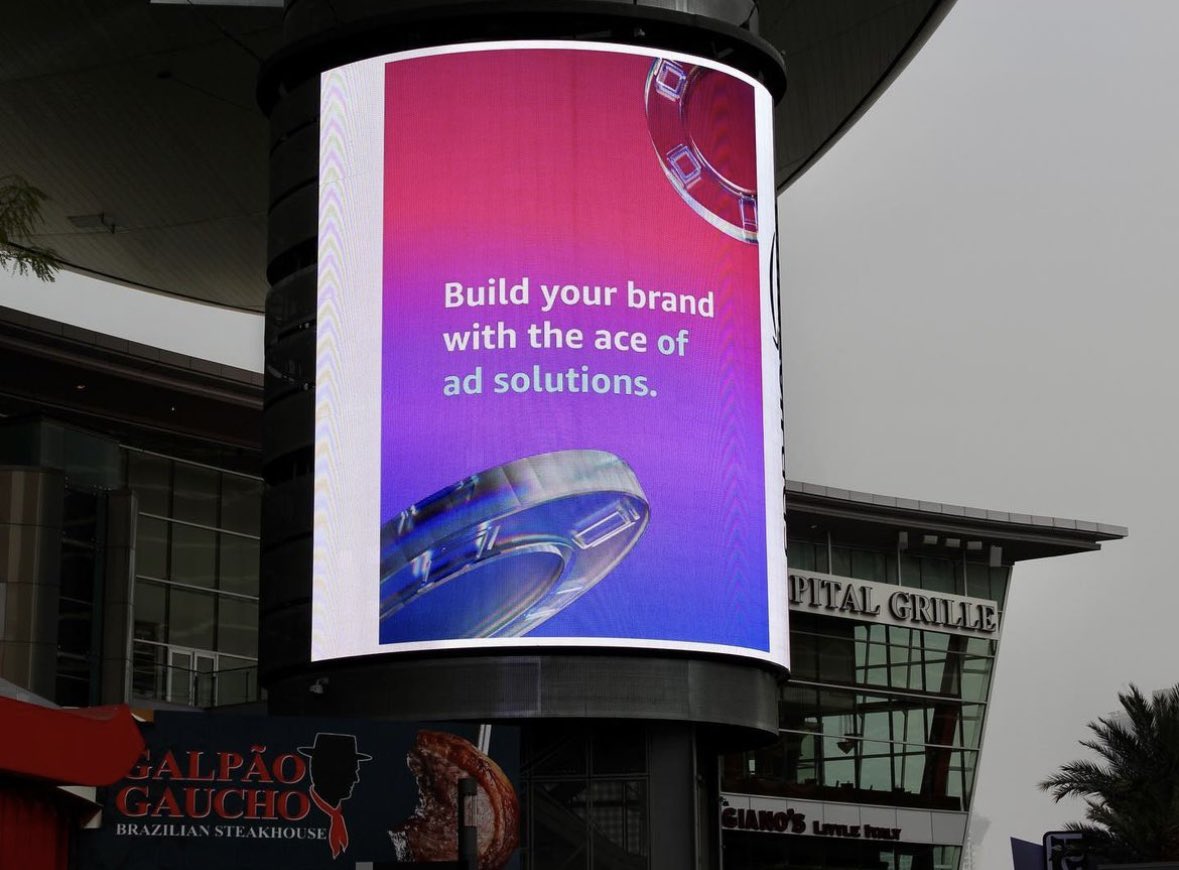